On the day the Deutschmark was introduced in the territory of the GDR, Chancellor Helmut Kohl called upon the citizens of the Federal Republic to show solidarity with their countrymen in the East and promised a smooth unification without financial sacrifices. The anticipated “blooming landscapes” would lead to a rapid improvement of living conditions in East Germany. The expression “blooming landscapes” pointed to a prospering economy, which never materialized in this way, and it was therefore used to criticize the federal government’s unification policies.
On July 1st 1990, Helmut Kohl used the term for the first time in a television address:
"Through a joint effort, we will soon succeed in transforming Mecklenburg-Western Pomerania, Saxony-Anhalt, Brandenburg, Saxony, and Thuringia once again into blooming landscapes in which it is worthwhile to live and work."Across from the Berlin House of Representatives (Abgeordnetenhaus von Berlin), on the first floor of the Gropius Bau, the objects thrown on the ground bring to mind the public space of Berlin’s urban life. The eyes are, however, immediately drawn to the green scaffold standing upright in contrast to its surroundings; a reminder for the “Berliner” of the constant construction sites popping up everywhere in their city.

The exhibition is a statement about the ongoing drastic changes Berlin has been going through during the past years; from the transformation of its logo, to its aggressive start-up occupancy, and finally to its mass-produced hip new arts scene.
The underlying link to the world of imaginations and dreams is what bridges the art pieces together. Berlin, the modern phantasmagoric metropolitan, sells its diverse audience the fantasy they are striving after; be it the promise of the real estate advertisements in attaining the unattainable (Dream of the New Berlin Blue), the highly speculative nature of the start-ups (Angel Investor), or the lure of the arts to attract more capital assets (The Ornamental Hermit).
What tends to be neglected is that one light sweep of the broom (Untitled) shatters its whole façade (Eiertanz)! 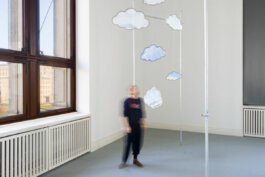 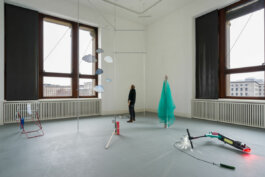 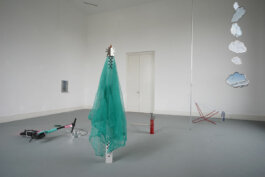 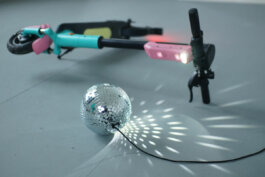 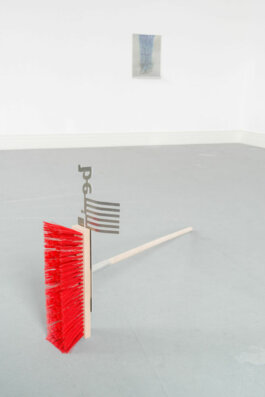 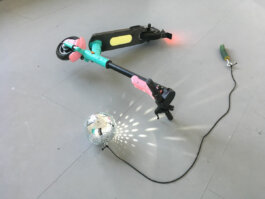 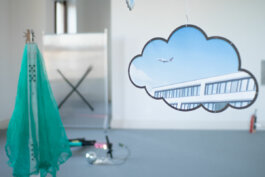 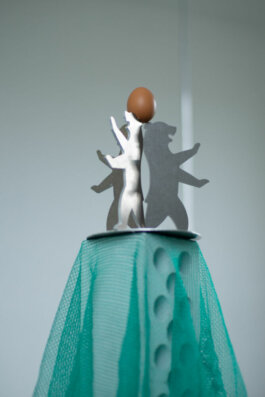 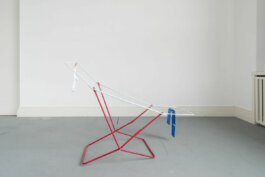 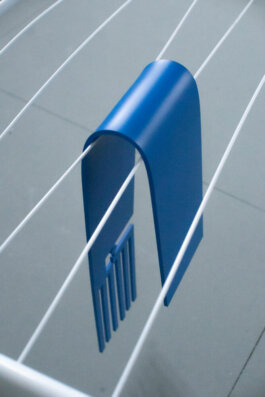