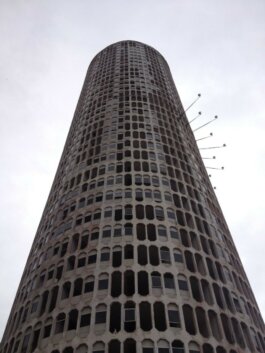 The installation // Oktagon // was conceptualized for the exhibition "Permanências e Destruicões" on the 36th floor of the vacant high-rise Torre H in Rio de Janeiro. Built according to plans by Oscar Niemeyer in 1969 as part of the major project "Athaydeville", but never completed, the building has been empty for almost 70 years. The decay of the architectural structures stands in stark contrast to a fully inhabited twin building in close proximity. // Mel (English Honey) // consists of a wall-mounted acrylic box filled with fine concrete. The pattern on its front side picks up the shape of the octagonal window openings of the building. Concrete, slowly trickling down from the perforations, creates a hill that increasingly hardens over time due to the ingress of rainwater. Standing on the other side of the room is a simple, pointed hut. Its roof is covered with plant fibers, which can be found growing wild in the structures of the tower. A box with an octagonal screen opening is placed on the floor in its center, showing the video // Bauhaus //. It shows a person holding a spirit level with his arms bent. After some time, the muscle strength decreases and the tool falls to the ground. Then the action is repeated. 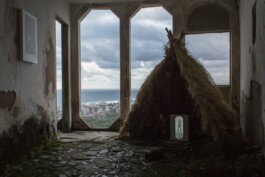 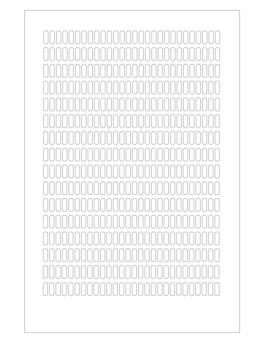 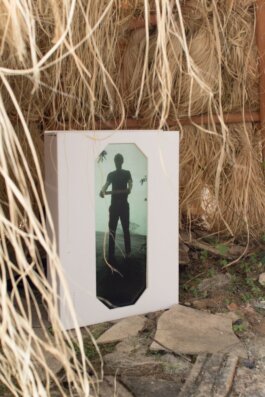 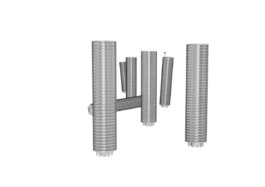 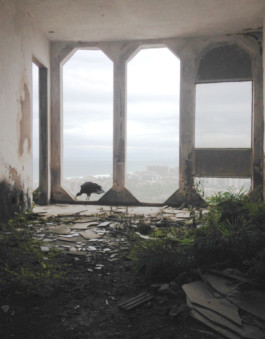 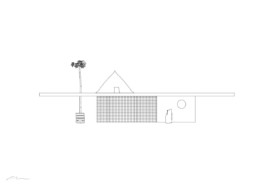 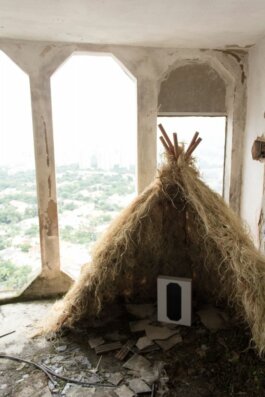 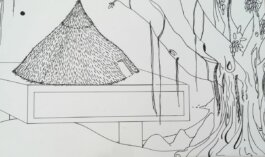 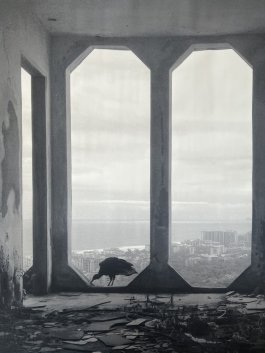