The captive plane trajectory in the Parque do Flamengo in Rio de Janeiro is a regular meeting point for lovers of model airplanes. Connected to the pilot via two thin ropes, the motor-powered planes circle around a trajectory designed by landscape architect Burle Marx as part of the city's large-scale modernization project in the 1950s. Researching the plane trajectory, the artist found that its orbital radius is almost identical to the dimensions of the circular panoramic corridor of the nearby Museum of Contemporary Art MAC Niterói, built by Oskar Niemeyer.

More than 16 custom-made directional microphones recorded the engine noise of the captive planes. This sound was later transferred to the museum's Panorama Corridor, using the same number of loudspeakers spread across the 360° viewing platform that overlooks Guanara Bay. Except for the sound installation and a video loop of the model aircrafts at the end of the exhibition, the hall was completely empty. Playing out the sound in the same direction of movement, and in a reference to the matching radius of trajectory and panoramic corridor, the installation created the illusion of an invisible plane permanently circling inside the museum space. It was the sound, or more precisely the construction of a surround system, which conveyed the peculiarities of the architecture to the visitor. 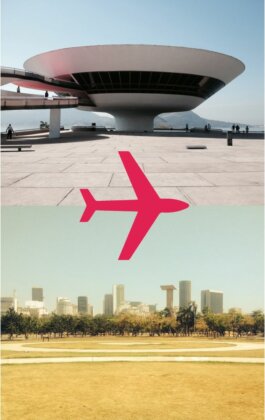 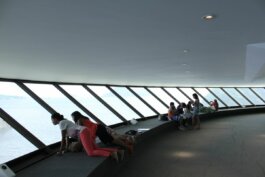 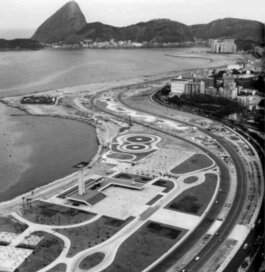 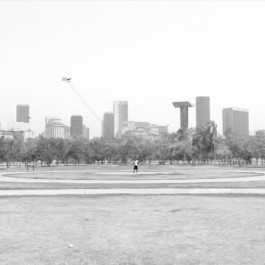 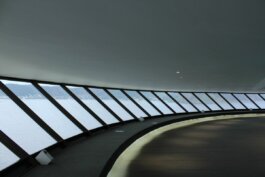 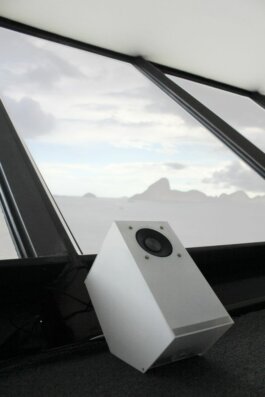