Two figures strain to see into the distance from atop their grazing horses. Cars roar past the riders on both sides; the drivers are surprised at the sight of these two strangely familiar gun-slinging heroes – or are they heroines? With their beady black eyes, thickly painted red mouths, brightly coloured trousers, fitted waistcoats, one cowboy hat in red and the other in blue, they almost look like clowns in costume. Their clothing appears to be made of the same puddy as their limbs and their guns look as though they had painted them onto their pointed index fingers themselves. A thin line of smoke rises up from the direction of their gaze, like from a campfire that has just been hastily put out. Less than a hundred steps away – wasn’t a group of people sitting in a circle there just moments ago!? Some passers-by even claim to know them. Are they villains from the “Eastern Westerns” made in the GDR’s DEFA studios? Is Karl-Marx-Allee becoming Karl-May-Allee? The former city centre surrounding East Berlin’s majestic grand boulevard with its orthogonally arranged apartment blocks across a steppe of grass and concrete feels like the city’s last wide open space still defying the pressures of commodification. Here come two hoodlums from the Wild West already. Hats pulled down low over their eyes, they are here to lay claim to the last unmarked portion of the map. They plan out their last robbery in a recently vacated parking area. The vultures have already gathered at the tops of the high-rises to look down on two bogeymen made in East Germany, presented here at a scale of 30:1.

There was a time and place where these figures and the campfire were in fact known to every child. They were part of the GDR’s toy line and brought the class warfare of the 1960s and 70s into living rooms and sand boxes. These characters protected their domestic prairie from invading bandits and their crooked social system with the help of "Harka and his red brothers". Since then, silence has fallen around the native inhabitants of the Wild East in their rectangular Tipis between Schillingstraße and Jannowitzbrücke. They are surrounded, overrun, they have satisfied their cravings with consumer goods brought in by the cowboys and forgotten that they once considered themselves “Indians”, “sons [and daughters] of Great Bear”.

The characters originate from a series of books written by Liselotte Welskopf-Henrich (1901-1979), which tells the story of the “Wild West” from the perspective of Indigenous North Americans. “Harka” and the “Sons of Great Bear” became bestsellers in the GDR and beyond after their publication from 1951-81. Their film adaptations by the DEFA cemented their enormous popularity. People didn’t just identify with the Indigenous North Americans betrayed by the colonisers, they even started wearing homemade “Indian clothes”. “Indian clubs” began popping up left and right and “Indianistik” (Indianism) became a widespread phenomenon that unified West-leaning opponents of the regime and traditional communists. Unlike her contemporary Karl May, Welskopf-Henrich was a respected historian and her young adult books were based on her own research and journeys to North American and Canadian Native American reservations. The life-size sculptures will be installed on Karl-Marx-Allee in honour of her 120th birthday. 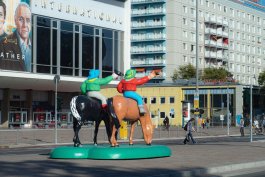 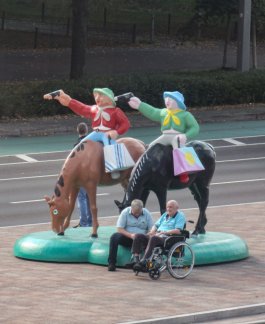 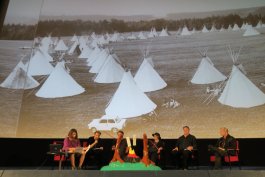 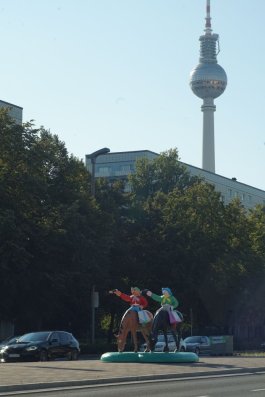 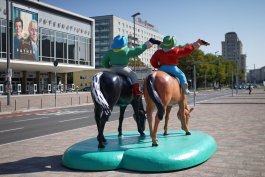 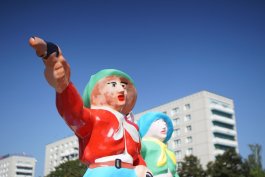 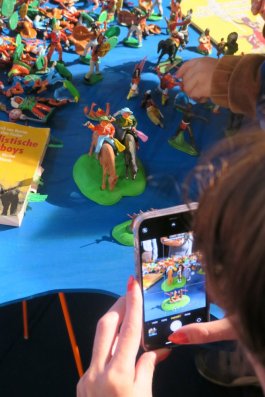 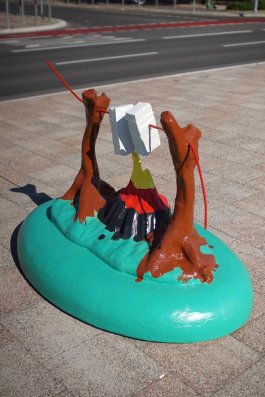